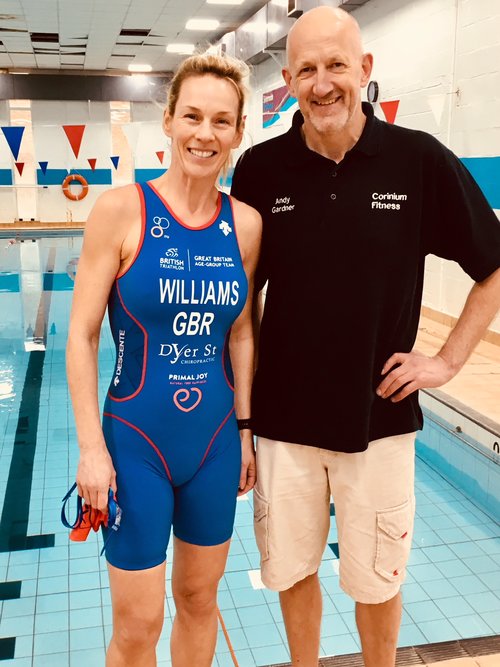 It’s fair to say that IT project manager Andy Gardner is sports mad. A keen sportsman in his younger days, Derbyshire-born Andy later switched to triathlon and ironman and quickly became addicted. His sporting background, coupled with a major operation and the desire for diversification in his career, led Andy to the Cotswold Academy and sports massage. He has never looked back. Now a fully qualified level 4 sports massage therapist and an experienced triathlon coach, Bisley-based Andy takes up the story of how he chose sports massage and offers some advice to anyone thinking of following in his footsteps.
“I did Ironman Wales in 2014 and loved it. The longer distance stuff is hard work, but it was very rewarding, and I found I was reasonably successful at the longer stuff. I planned to do more long-distance races in the future, but as I recovered from the race I started getting an ache in my groin and thought it was a groin strain. I lived with it for a while and got a bit of physio, but it wasn’t going away.
“Eventually, I went to see a hip specialist who X-rayed me and told me I had chronic arthritis in both hips. It was caused by a bit of everything, not just the running. I used to play football and played in goal and throwing myself about and landing on my hips a lot can’t have helped. I ended up having both my hips replaced and it was a life-changing operation for me, given my sporting background.
“I have been able to continue with my swimming and cycling, but when I went back to work after rehab I had quite a rough time of it and started to think where things were going for me. Were there other things I could do or wanted to do? Work-life balance, that kind of thing. My employers are very good at the work-life balance thing, so I moved to working four days a week. In my coaching, I have always been focused on keeping people injury free and keeping them from not tipping over the edge. When I did the Ironman, I am fairly convinced that one of the things that got me through was having regular sports massage.
“Putting those things together with my interest in physiology and anatomy from a coaching perspective, I thought about physiotherapy, but when balancing the length of time to become qualified against my age I decided that was not for me, so sports massage was a great option. It benefitted me, and I could see it would tie in with the kind of business I have got. From a work point of view, I’m considering early retirement if I could. I looked around and did the research about getting into sports massage, found the Cotswold Academy and came to a couple of the Thursday open evenings. Some of the conversations I had with Chris made me think he was on the same wavelength as I was about how sports massage should be done and how business works, and I shared his approach to being precise and accurate around what you’re doing. So that’s what attracted me to doing the study here.
“Considering the work situation and the coaching, where I coach swimming and running quite regularly in the evenings, I decided to do sports massage on the intense two-week course, as I thought it was the best way for me to get through. It was a good group because there were only a few of us on it.
It meant I got the whole course done and it didn’t interrupt work or home life too much, but it was intense, and you must be prepared to put the effort in during those two weeks. A major benefit of coming here was the Thursday evenings, so although you’ve finished the course and have a few months to go to do your case studies and prepare for the exam, you’ve got the Thursday evenings where you can come back and say: ‘I was working on this, can someone help?’ You share your knowledge and experience and you’ve got that safety net. They are a good group of people, and everyone is so friendly and it’s a reflection of the culture of the Academy that people tend to come back. There are no prima donnas, everyone is open and wants to help each other. I found that supportive network really helpful.

‘It’s a reflection of the culture of the Academy that people tend to come back. There are no prima donnas, everyone is open and wants to help each other. I found that supportive network really helpful’

“I did the Level 3 sports massage and a little bit of work hands on off the back of the level 3, but I wanted to go on and do the level 4 because I was hooked! I could also see the benefits and enjoyed the sports massage side of things. I did level 4 in June 2017 and did it the same way across two weeks. It gets it done. You need to put the work in and again the case studies are quite tough but it’s interesting and you can use Thursday evenings to further your learning and the prep for the exams.
“I was successful in the level 4 in September 2017. Work wise, there’s a lot of change going on so looking at where I was I proposed to my line management to work three days a week and they were open to that.
“I’d sat down with my wife and we’d talked about where I want to be. Sports massage was part of a long-term exit plan. I’m 54 now and not the sort of person to sit around doing nothing, so I would always want to be busy. My father was made redundant at a young age started his own business and still runs it now at 77.
“I wanted to be in control of my retirement plans, and I have got that safety net now, so whatever happens at work it won’t worry me. My employers are very good at helping people plan for retirement.
“I am doing sports massage from home and at Richmond Village Spa in Painswick. There are lots of conversations on Thursday evenings at the Academy where you prod and probe and pick up knowledge about setting up in a business. Talking around the table to everyone else was really useful.
“I made the decision to work from home but also working out of a spa brings the possibility of new contacts. If you work out of a proper room it comes across as more professional. I am lucky because I have got a bit of a network of people from a coaching background. I can break them and then fix them!
I coach swim, bike, run and coach at Cirencester Athletics Club as well as the coaching I do through my own business, Corinium Fitness. If people start to get niggles and pains I can work on them early from a sports massage perspective to prevent issues becoming too serious and I have network of people to send them to if I cannot fix it. I believe this provides the best service to the clients.
The best advice I can give anyone considering taking up sports massage is to just go for it and you will get out what you put in. Do not expect to drift through, get the qualification and for work to come flooding in because you must work hard at it. You need to look at what makes you different from others in that market and be professional about it. That is what stood out at the Academy.
The business is more organic for me, but I am conscious that where I am right now I need to do more and get better at the social networking side of things. You need to do that, and you must have a website that’s up to date and refreshed regularly. I have had to work hard at selling myself. I have always had difficulty pushing myself forward.
The culture here at the Academy is that everyone is in it together. You never feel as if you’re on your own. It’s quite relaxed here and it attracts similar types of people because of that.
If you want to do it, do it but you must think about a plan.
For details about Andy’s coaching and sports massage services, see
www.coriniumfitness.co.uk 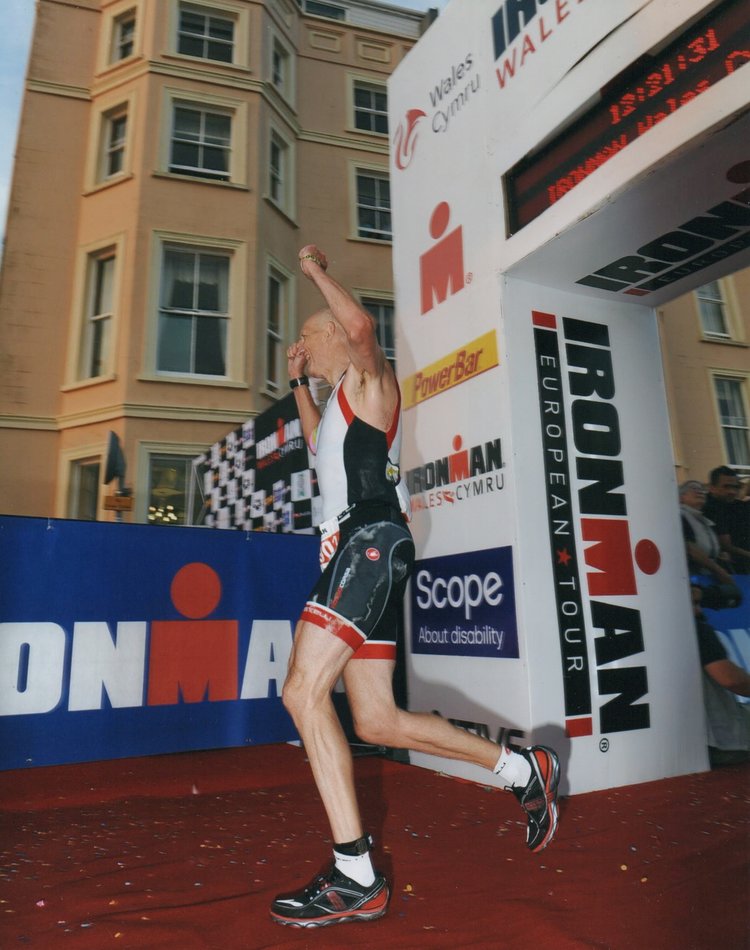